Relocalization and Community Empowerment–How to get it done

Gayle McLaughlin was a two term Mayor of Richmond, CA and she is 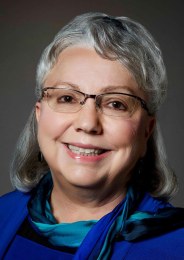 currently running for the Richmond City Council in 2020. Under her leadership as Mayor, Richmond increased the minimum wage to $15 an hour in 2008. Homicides were reduced by 70%, and the Richmond Chevron refinery was forced to pay $100 million dollars in additional taxes after a successful lawsuit that required payment for the environmental hazards and harm they caused to the community. She led the fight against foreclosures in Richmond. She co-founded the Richmond Progressive Alliance, which was the precursor to the California Progressive Alliance. As Mayor, she also oversaw the hiring of a new police chief who radically altered the police culture in their community by reorganizing the police force to one that worked with, instead against, the community. In 2016, she helped pass the first new rent control law to take effect in California in 30 years. Her book, Winning Richmond: How a Progressive Alliance Won City Hall, is available online. Gayle has never taken any corporate money in her campaigns and she has won every one thus far. Her enlightened leadership has altered Richmond but, as she says, there is much to be done to keep the progressive values and gains alive. Which is why she is running for the Richmond City Council again.

Gayle’s first book, Refinery Town: Big Oil, Big Money, and the Remaking of an American City, was published in 2017 with a foreword written by Bernie Sanders. In 2019, her political memoir, Winning Richmond: How a Progressive Alliance Won City Hall, is literally a how-to for radically changing city governments. In all of her campaigns for public office, she has never taken any money from corporations.