Part of the socio-economic transformation that needs to occur lies in shifting business motivation from profits for a few, to benefiting the common good. Cooperatives are not the full answer, but may have a useful role to play. A recent article, Six Ways to Fuel the Cooperative Takeover, provides some useful ideas in that direction.

Here is a summary of the Six Ways:

3. Hook Up With Big Partners

The details can be read here.

Posted in Business, Finance and Economics

Can governments and banks be trusted with the money power?

As governments around the world struggle to manage their soaring debt burdens, the wisdom of E. C. Riegel rings ever more true. The masters of the political debt-money regime are pressuring Cyprus to confiscate part of the savings of their citizens, and Greece and other countries to impose budgetary cuts that burden the poor and middle class. Argentina wants to grab their people’s savings by nationalizing their pension funds. All the while, the purchasing power of national currencies shrinks as governments inflate them to enable deficit spending.

Riegel’s call for monetary freedom must no longer be ignored. –t.h.g.

Old Liberty Bell rang out the political freedom that we cherish. But unless we learn how to make freedom ring the cash register, bureaucracy will ring down the curtain on our liberties.

What is the strange power that makes the government at Washington grow stronger and our state and local governments grow weaker while the people suffer the torment of war and the travail of insecurity and the shadow of dictatorship falls across the land? It is the same power that oppresses the people of all the world — the political money power.

The political money power is the power of national governments to buy the people’s sweat and blood with scraps of paper – paper that falls like a blotter upon our production and our freedom. Each day our

wealth diminishes and more of our liberties vanish. Inflation that threatens to bring chaos is just around the corner. As our sons bleed and our mothers weep, the same grinding power throws its pall over other lands.  Yet our chains are paper – paper money that, through our ignorance, binds us to the treadmill of our own destruction.

We can be masters of our destiny; we are all powerful, if we but realize it. In each of us resides the power to assure liberty, prosperity, security and peace. In each of us lies the money power, which, when springing from us, is democratic and virtuous; when springing from government is authoritarian and vicious. As we liberate our inherent money power we curb the political money power, for the more we use our self-created money, the less we need political money. Thus we defeat dictatorship. Thus we reconstruct the shattered world on a free democratic basis. Thus we save civilization.

Parchment freedoms are but taunts and mockeries without money freedom. A people dependent upon their government for money is a subject people regardless of the form of their government. No people can declare their independence and govern their government unless they assert their money freedom. A government that is not dependent upon its people for money supply is a tyranny regardless of its professions. Government must be made to beg the people for money; the people cannot be sovereign while petitioning government for money. The citizen must command both government and business through his money power. Political democracy is a delusion without economic democracy and economic democracy can function only through the power to issue money – the power to ring the cash register – the power to support and the power to withhold support. To prevent political dictatorship the citizen must himself be a dictator. To prevent centralization of power, power must be reserved by the people. Money power is sovereignty; without it democracy is impossible.

From Money Freedom, organ of The Private Enterprise Money Movement.

More monetary wisdom from E. C. Riegel, including his book, Private Enterprise Money, can be found at http://www.newapproachtofreedom.info/, and via my website https://beyondmoney.net/.

Posted in The Political Money System, The state of democracy

You are the target

The graphics below capture the essential nature of western civilization today–everything is for sale, the main source of revenue for businesses and governments is advertising, everyone is trying to colonize your mind. 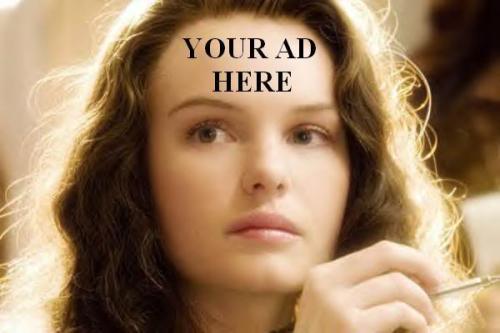 Posted in Geo-politics, The Political Money System, The state of democracy

Greg Palast is a well-respected investigative journalist, one of the few media people who for me retains some credibility. In his recent article, Hugo Chavez and the Global Poverty Conspiracy, he tells the story of why he was so reviled by the U. S. and why an attempt was made to assassinate him. If you want to understand current geopolitics, you must read this article.

anything goes, nothing matters, and nobody cares

A recent article by James Howard Kunstler begins: “History has a special purgatory where it sometimes stashes feckless nations punch drunk on their own tragic choices: the realm where anything goes, nothing matters, and nobody cares. We’ve surely crossed the frontier into that bad place in these days of dwindling winter, 2013.”

And concludes: “the rule of law extinct in this country, but so are public figures of principle and credible news organs.”

Read it, and other insightful pieces by Kunstler on his blog.

Posted in Politics, The state of democracy

Here are some astounding facts about inequality, clearly presented and easy to understand, but very disturbing.

Thanks to the New Economics Institute for sending it along.

Posted in Finance and Economics, Politics