Episode 10    A conversation with Todd Boyle 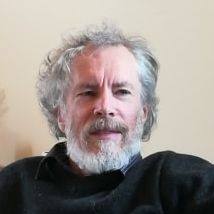 Todd Boyle is a man with a very interesting and unusual life story. In this podcast episode, he candidly tells us about how he grew up in a large Catholic family; served a brief stint in the US navy but didn’t like it and managed to get discharged; got involved for a time in the drug scene; went to college and then worked for many years as a successful certified public accountant. He eventually renounced that career in favor of fulltime activism to promote the causes of peace and justice. He has been a staunch opponent of the war in Afghanistan and the multiple covert and violent interventions by US forces in countries around the world, and in recent years he has been a tireless advocate for the homeless right here in America. Todd’s ideas for ending homelessness, and 50 IDEAS for Cheaper Housing are listed here.

Listen in as we discuss some of the main contemporary issues and Todd’s ideas about how to get through the present deepening crisis with his own version of “walking away.”

Todd is active on Facebook where he says he has been “hanging out 4 or 5 hours a day for the last 15 years.” You can follow him there.

Jose Francisco Garcia Mazcorro (Pepe) (Born in July 1982), is a scientist and educator who from 2000 to 2005 studied Veterinary Medicine and, in 2011, received a PhD degree from Texas A&M University.

Upon his return to Mexico in 2012, Pepe and his wife, Alicia, who also holds a PhD from the same university, started a program they called “Free Science Classes.” Pepe currently spends most of his academic life working on various research projects related to the human and animal microbiome. He also has an interest in Social Philosophy and published a book on that subject in 2007.

In this podcast interview, Pepe describes his work of taking science directly to children, provides some insights into Mexico’s current political situation and the implications of the election in 2018 of President Andres Manuel Lopez Obrador (AMLO), and discusses the status of the COVID “pandemia” in Mexico, its consequences, and possible remedies to avoid an even more complicated scenario in the years ahead. You can learn more about Pepe and his work at his personal website athttps://sites.google.com/site/josefgarciamazcorro/home. Pepe also recommends this video about social distancing.

Episode 8    A Conversation About the Dysfunctions of Money, and the Need for Decentralized Exchange Alternatives

This conversation, sponsored by the Praxis Peace Institute, was recorded on April 10, 2020. It covers such critical questions as:

It continues with a discussion of the history of local currency efforts in Sonoma County, California and a description of straight forward approaches to creating local liquidity that is independent of banks and conventional money.

Episode 7 The Economics of Peace, Justice and Sustainability

This video is based on a presentation I gave at the Economics of Peace Conference in Sonoma, California in October, 2009. My prescriptions for reclaiming the credit commons and creating a new “butterfly economy” remain completely relevant, and their implementation is becoming ever more urgent.

Episode 6 Exchange Revolution In November of 2009, I gave a presentation at the conference on Michigan’s Future Energy, Economy & Environment, at Crystal Mountain Resort in Thompsonville, Michigan. More than 10 years later, this presentation is still timely.Ken Freeman has recently augmented and adapted recordings of that presentation to produce this new video, titled, Exchange Revolution, which has now been posted on our Beyond Money Podcast site. It is a comprehensive description of the what and how of transcending the political fiat money regime, and building a new equitable system of value exchange. It can also be found on YouTube at https://youtu.be/MvTMcvVzNuQ. The transcript can be found here.

In this episode, we speak with John Attridge, CEO of BBX-UK and Ireland, a reciprocal trade community which is part of the BBX network of trade exchanges that spans 14 countries and together service more than 90,000 customers.

BBX is one of the scores of commercial trade exchanges operating around the world today that provide their businesses customers with a way of trading with each other without the need to use conventional money. They do this by maintaining a ledger of member accounts on which credits from sales offset debits from purchases in a process called credit clearing. Together, the scores of trade exchanges operating around the world enable moneyless trades worth several billions of dollars annually.

You can learn more about BBX by visiting their website at https://bbxuk.com/

In this episode, we explore the evolution of the commercial trade exchange industry, which over the past 50 years has proven the workability of credit clearing as a way of doing business without the need for money payment.

Ron Whitney, who has long been at the center of this industry, shares his knowledge and insights about its current challenges, prospects, and opportunities, including a description of the benefits of trade exchange membership and the increasing use of Universal Currency (UC) to enable purchases and sales over an extended trade exchange network.

Ron Whitney is the President and CEO of IRTA, the International Reciprocal Trade Association, which is the premier trade association of, and advocate for, the commercial trade exchange industry. Prior to assuming the leadership of IRTA in 2007, Ron founded and ran his own exchange for 15 years, and during his twelve year tenure as head of IRTA, Ron has managed to build up the association membership from 32 to about 100 today. Ron also has a BA from George Washington University and a JD from the Delaware Law School of Widener University.

Often referred to as “barter exchanges,” the scores of commercial trade exchanges operating around the world today provide their member businesses with a way of trading with each other without the need to use conventional money. They do this by maintaining a ledger of member accounts on which credits from sales offset debits from purchases in a process called “credit clearing.” Together, the scores of trade exchanges operating around the world enable moneyless trades worth several billions of dollars annually.

A wide range of educational resources pertinent to the commercial trade exchange industry, and moneyless exchange generally, can be found at www.irta.com

Ron Whitney can be found online at ron@irta.com

Will Ruddick is a development economist focusing on currency innovation. After completing graduate school researching high energy physics as a collaboration member at the Stanford Linear Accelerator Center, he found his analysis skills and passion drawn to alternative economics and development. Since 2008 Will has lived in East Africa and managed several successful development programs in environment, food security and economic development. He is dedicated to connecting communities to their own abundance, and is an advocate for, and designer of currencies for poverty eradication and sustainable development. Mr. Ruddick has pioneered Community Currency Programs in Kenya since 2010 and is the founder of the award winning Bangla-Pesa program. He consults on Community Currencies worldwide and while researching with the University of Cape Town’s Environmental Economics Policy Research Unit. Mr. Ruddick is also an associate scholar with the University of Cumbria’s Institute for Leadership and Sustainability.

In this episode, Will talks to us about his work over the past eleven years, organizing micro-entrepreneurs in poor areas of Kenya. Central to his work has been the creation of community currencies that have enabled a greater amount of trading and utilization of capacity in those communities. Recently, Will and his associates have been implementing digital forms of those currencies, and networking communities together in a wide area exchange system.

Pertinent Links:
Grassroots Economics, https://www.grassrootseconomics.org
“Through community currencies people have a way to exchange goods and services and incubate new businesses, without relying on scarce national currency and volatile markets.”

Documentary on Will Ruddick and Kenyan Community Currencies, https://youtu.be/ojFPrVvpraU

How to Give People the Same Power as Banks, https://youtu.be/PfEW2atiB4s

In this second episode of Beyond Money Podcast, we speak with Heloisa Primavera, who is founder of the Latin American Network on Solidarity Socioeconomy http://www.redlases.org.ar and the Colibri Project, which offers training for agents of indigenous development.

Since 1996, she has studied barter clubs (clubes de trueque) and Solidarity Economy in Argentina and throughout Latin America. She is Professor at the School of Economics and at the School of Social Sciences at the University of Buenos Aires.

In this episode, we talk about the conditions that led to the rise of the social money movement in Argentina around the turn of the 21st century, its eventual fall, and any current efforts to rebuild it.

In this premier episode of Beyond Money Podcast, Thomas Greco discusses what money is, how it’s “created”, what is problematic and dysfunctional about the present money system, and what can be done to decentralize and democratize the way we pay for goods and services. This is an exciting hour, packed with a condensed history of banking and money creation, from the founding of the Bank of England, to the Age of Jackson, and our current era of the Federal Reserve System and the global network of central banks.

Taking inspiration from the likes of John Kenneth Galbraith and E.C. Riegel, Greco describes how we the people can take back our money power, escape the domination by the global monetary elites, and restore true democracy by the improvement and proliferation of proven mechanisms of credit allocation and management.The transcript of this interview, in PDF format can be found here.

This interview was recorded on February 23, 2019 and can also be found at http://beyondmoney.libsyn.com/01-thomas-greco